Personnel of the Mayor of Saryarka District in Astana 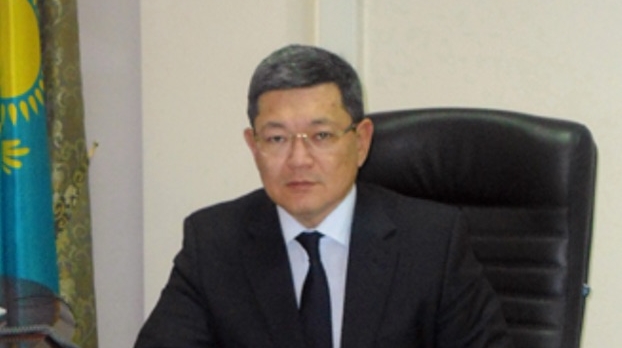 Personnel of the Mayor of Saryarka District in Astana

Information about the First Head:

Turlubek Arman Alashuly was born on May 6, 1971 in Karaganda Region.

• Deputy Mayor of Karaganda Region on issues of housing and utilities, passenger transport and tariff policy (09.2008-05.2010);

• Advisor to the Minister for Investment and Development of the Republic of Kazakhstan (2015-2016);

• Deputy of Satpayev City Maslikhat of the II Convocation (1999)

• honorary title of the "Honored Power Engineering Expert of the CIS".

·  The district was established on May 6, 1998 based on the Decree of the President of the Republic of Kazakhstan

Summary about the Activities of the Public Authority

The Personnel of the Mayor of Saryarka District in Astana (hereinafter – the Personnel) is a state authority, financed by the local budget, in the territory of the administrative-territorial unit.

The main objective of activities is implementation of the national policy of the executive power in conjunction with the interests and development needs of Saryarka District in Astana.

The priority areas of activities are as follows: consideration of requests, applications, complaints from citizens, taking measures to protect the rights and freedoms of citizens; facilitating collection of taxes and other obligatory payments to the budget; budget programs development and introduction to the Mayor’s Office of Astana for approval by the Maslikhat of Astana, the administrator of which is the Personnel; facilitating the execution of the laws and norms of the Constitution of the Republic of Kazakhstan, acts of the President and the Government of the Republic of Kazakhstan, normative legal acts of central and local government agencies by citizens and legal entities; promotion of entrepreneurial activities development, within its competence; organization and enforcement of legislation of the Republic of Kazakhstan on military duty and military service, civil defense and mobilization preparation and mobilization;

organization of activities to preserve historical and cultural heritage; identification of needy persons, provision of proposals on employment, targeted social assistance to the higher authorities, organization of services for single elderly and disabled citizens at home; promotion of development of local social infrastructure; interaction with local self-government authorities; participation in the sessions of Maslikhat of Astana in approving (refining) the local budget; support and facilitation in maintenance of pre-school organizations, institutions of culture, organization of improvement, lighting, greening and sanitary cleaning works for settlements, education and training; organization within its competence of water supply to settlements and regulation of water use issues; organization of works on improvement, lighting, landscaping and sanitary cleaning of settlements; organization of burial for homeless persons and public works on the cemeteries and other burial grounds maintenance.

Structure of the State Institution

Departments led by the heads have been established to perform the tasks assigned to the district mayor.

Organization and Control Department interacts with the departments of the Personnel, heads of state authorities and other organizations; monitors compliance with the regulations of the Personnel operation by its employees, as well as observation of the execution of the acts of the President, the Government, orders and instructions of the mayor of the city and the district; organizational and information support of interaction of the district mayor with the authorities of representative and executive bodies; provides preparation and organization of elections to the Senate and Mazhilis of the Parliament of the Republic of Kazakhstan; prepares operational meetings, reporting meetings and round tables jointly with experts of the department.

Department of Internal Policy and Social Sphere interacts with the media, public, political parties, religious and non-governmental organizations, ethno-cultural centers; provides interaction and coordination of activities of territorial bodies for the implementation of programs and integrated measures in the field of public consent, language development, migration and demography; conducts information and promotional work; organizes sports and mass cultural events in the district; cooperates with organizations of healthcare, education, labor and social protection within its competence.

Improvement Department monitors observation of the "Regulations of Improvement, Sanitary Cleaning and Greening in Astana", "Procedure for the Production of Works Related to the Destruction of Road Pavements, Sidewalks, Lawns and Other Facilities, Elements of Municipal Services in the City"; controls enterprises for garbage and solid waste cleaning and disposal, as well as snow removal in winter period.

Production Technical Department is engaged in development of prospective and current plans for the maintenance of the district; is involved in the development of feasibility studies and calculations, preparation of bids for works on the current maintenance of the district according to the Law "On Public Procurement"; supervises the work of contractors.

Head of the Department – Zhanaidaruly Adiyat

Any use of materials is allowed with the reference to the official website of Astana city http://astana.gov.kz