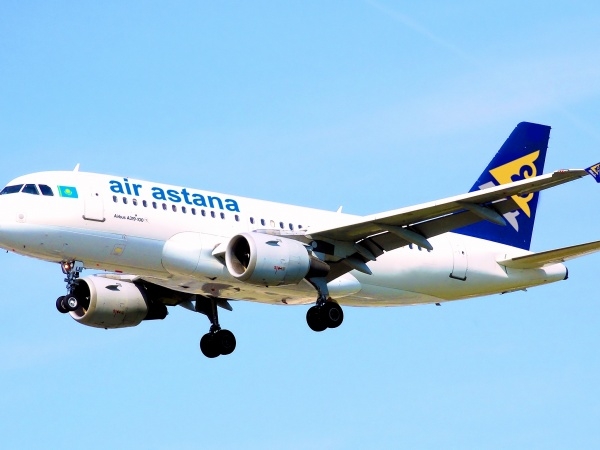 Due to its favorable geographical position, Kazakhstan can serve as a bridge between Europe and Asia. In implementation of the Plan of the Nation, which was announced by the Head of State, Nursultan Nazarbayev, Kazakhstan plans to become a major transport and logistics hub.

According to the Plan of the Nation, national carriers must become a link between major cities of the world.

Thus, further work of "Air Astana" includes creation of new destinations trends to the main financial centers of the world - New York, Tokyo, Singapore. "Air Astana" development will be harmonized with Kazakhstan Temir Zholy NC JSC plans for the development of alternative routes, which will reduce the cost of cargo delivery by more than two times.

We should note that Kazakhstan Temir Zholy NC JSC has started the final stage of construction of "Khorgos - East Gates" SEZ. According to the press service of the company; construction of other facilities is also being completed at the transport and logistics complex site. Center of customs clearance, container terminals will be commissioned soon.

Construction of the entire transport and logistics complex will be continued. In 2016, a highway that will connect to "Western Europe - Western China" international transport corridor will be commissioned there.

We should recall that the first direct flight from Astana to Paris of "Air Astana" Airline Company was made on March 29 on "Boeing-757" aircraft. There were 71 people on the board from Astana to Paris, and 54 people  from Paris to Astana. Flights will be operated three times a week (Wednesday, Friday and Sunday). Flight duration is 7 hours.

As previously reported, in the nearest future, "Air Astana" company plans to open direct flights to Dubai and Hong Kong. "Air Astana" is going to fly to large megalopolises of the Arab Emirates and China in the current year. In the following year of 2016, the airline plans to open the route to the capital city of Japan, Tokyo. While in 2019, Kazakhstanis will be able to fly directly to New York.

Any use of materials is allowed with the reference to the official website of Astana city http://astana.gov.kz